Did you know that September is NICU Awareness Month?

That’s okay if you didn’t. It’s one of those things that if you’ve never had a preemie or baby that had to spend time in the NICU then you wouldn’t know. And that’s okay. But I am one of those people that knows about NICU Awareness Month because I have two NICU miracles. 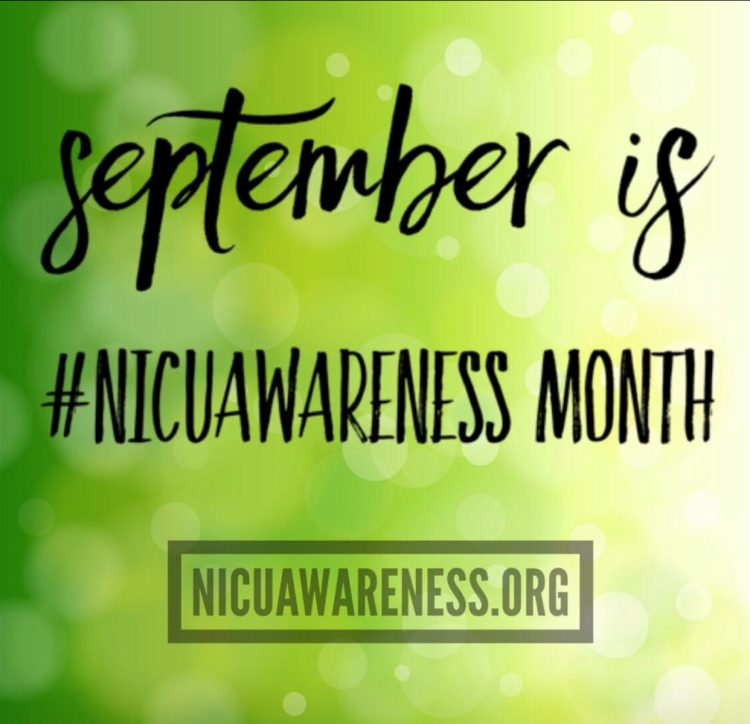 My first experience with the NICU came when I had Grant 8 and a half years ago. He came 4 weeks early at 36 weeks. He weighed 5lbs 13oz and spent 18 days in the NICU. Things were a tad different in our situation with Grant because as I have talked about before with all the complications I had with my pregnancy with him and knowing before he was even born that he would most likely have Cerebral Palsy…I also knew that he would be born early I just didn’t know how early. Him having to spend time in the NICU was also pretty much a given. It was all dependent on when he would need his last transfusion and whether it was better to transfuse or go ahead and deliver. At 36 weeks the decision was made to deliver. So I headed in for a C-section. I heard the sweetest little cry as they flashed him over the curtain then quickly whisked him away. The next 18 days he spent trying to overcome swallowing issues which was the first obstacle of his Cerebral Palsy. 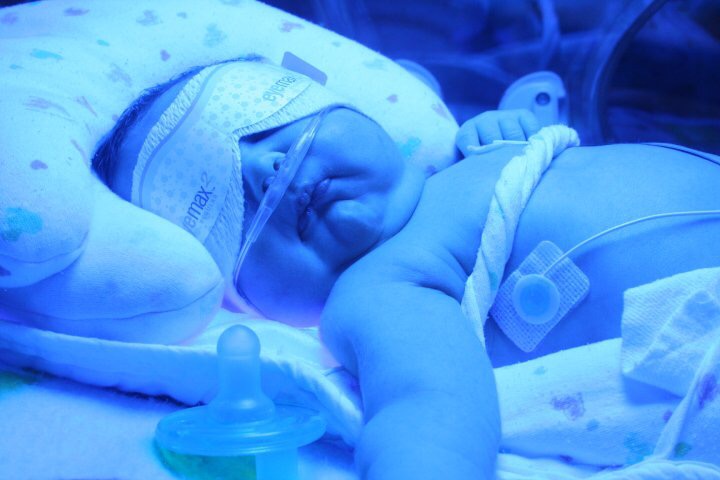 My second NICU experience was almost 3 years ago when my daughter decided to “grace” us with her presence 10 weeks and 1 day early!! After a week of being in the process of active labor she came within a couple of hours. I was one push away from having to push her out naturally as opposed to a c-section. I didn’t even get to see her beautiful face before they whisked her away. She surprised us at 29 weeks 6 days weighing 3lbs 4 oz. She was a tiny little bitty ball of fire and strength from day one. She was my little Rockstar! I always said that she was too excited to meet her brothers. She spent a very long 46 days in the NICU which included a NICU transfer to a different hospital. She did amazing and spent most of her time being a feeder and grower. Her biggest struggle was learning to drink from a bottle. Once she got that she was good to go!

To this day the hardest couple of days of my life was when I had to walk out of that hospital for the first time leaving behind a huge piece of my heart to be taken care of by complete strangers. I remember the day we left with Grant I was waiting for my husband to pull the car up. There I sat with my bags and flowers and balloons but no baby. I sat there and watched a couple get off the elevator all smiles with their baby in the car seat. They were beaming with happiness as tears rolled down my face. It seemed so unfair.

Every day after that when I would go visit my baby in the hospital broke my heart just as much. It is the strangest feeling for it to be your child but having to follow the rules of someone else when it came to caring for them. And it’s just so unnatural to sit in a room where your walls and privacy are curtains, hearing beeping from not only your baby’s machines but all the other baby’s also and spend quality time with your brand new baby. Your bonding time was spent being interrupted by asking if you were okay, if you needed anything, if you were going to pump. Some days I just wanted to scream “I JUST WANT YOU TO LEAVE ME ALONE!!!”

And then it was time to leave again. I remember with Gracie everyday as I laid her back in her isolette and gave her a kiss and promised her I would see her tomorrow as the tears would stream down my face. Every day for 46 days I left the hospital in tears. Now don’t get me wrong…even with the pain of having to walk away everyday I knew that they were both in the best care they could possibly be in. I knew that the amazing NICU nurses and doctors were taking care of my babies better than I could’ve at the time. They knew things that even as a seasoned mom I didn’t know enough to help. But that didn’t hurt the pain!

Today they are a happy and healthy 8 year old and 2 year old (I refuse to say almost three because I still get 20 more days of her being two!) You would never know by looking at these two happy faces that their journey’s started out so rough.

Moral of the Story: I give a huge high five to any NICU moms and dads (and even NICU siblings because their lives are also turned upside down on this journey) out there. Whether it’s been decades since your NICU miracle or just yesterday. The journey is a hard one no matter how long or short and it’s a journey that a parent never forgets!

(If you are a NICU parent let me know in the comments!! I absolutely love hearing stories of NICU babies!!)

Have a blessed day!

Follow 8 Feet and a Set of Wheels on WordPress.com

This is a text widget. The Text Widget allows you to add text or HTML to your sidebar. You can use a text widget to display text, links, images, HTML, or a combination of these. Edit them in the Widget section of the Customizer.
Loading Comments...
%d bloggers like this: